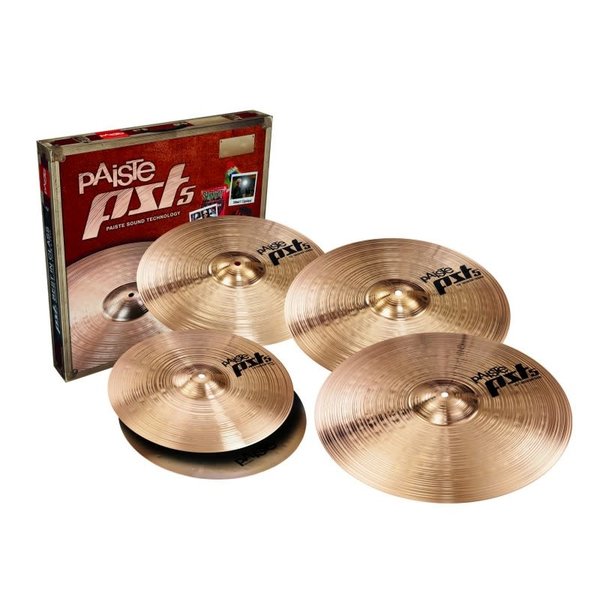 Read or write a review

Paiste Sound Technology stands for first-class manufactured cymbals and high quality sound design at an affordable price. PST5 is the entry to Paiste’s world of bronze cymbals and since its introduction in 2005, it continues to be a best seller. Considering recent musical trends, the PST5 was newly designed by our Swiss Sound Development Team. Visually the PST5 were consciously altered only in detail but their fundamental sonic value changed considerably. The cymbals are lighter resulting in a deeper, warmer sound while preserving its bright basic character. They have increased flexibility resulting in a more appealing feel. Overall the new PST5 is significantly more musical. Since: 2014 Alloy: CuSn8 Bronze, also known as "2002 Bronze"

condition:new (6334)
Please accept cookies to help us improve this website Is this OK? Yes No More on cookies »
© Copyright 2022 Graham Russell Drums - Theme by Frontlabel - Powered by Lightspeed